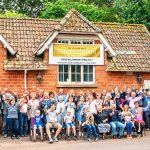 A huge thank you to everyone who participated in the second round of questionnaires and for supporting the filming of our video to support our Garfield Weston application. Your support means a lot and is crucial in demonstrating that there is a real need and desire to keep our village hall going.

The saga of the applications

The saga of applying for grants to refurbish the Village Hall continues with mixed fortunes.  We had just completed our application to EDF (Hinkley Point Development) for their deadline of June 30th when EDF announced they were postponing that round of grants until August 31st.  That will be the final tranche of monies awarded and after that date, the fund will be closed.  At least we were in time for that application deadline but unfortunately, there will be a further two-month delay.

Meanwhile, we have prepared our bid for a second Grantor, Garfield Weston. This company is a major benefactor of village halls but once again there is plenty of competition for monies. We are applying for their 60th Anniversary Fund which is only available this year. We intend to have our application submitted by June 30th but we have been warned that we will not be informed of the result until October.  This application also required a video which was organised and ‘shot’ by Wendy McLean and assisted by Rossanne Lee-Bertram.  This video was filmed on the weekend of June 16-17 and numerous local villagers were kind enough to donate their time to become ‘film stars’ for the day. Thanks to everyone who participated.

The next ‘hurdles’ for the hall are a visit from Hallmark in mid-July and to commence our preparations for an application for a grant from Viridor. The latter needs to be ready by the end of October. The final builders quote to refurbish the hall was in excess of £175,000 and because the local population is relatively small, no single organisation will provide the full amount, hence the need for multiple applications.

Hallmark is an award made to halls that can demonstrate ‘good management’.  It is a requirement of all Grantors because obviously, they will only provide funds to responsible bodies. We are applying for both Hallmark 1 and 2 certification.

An afternoon of Tea and Cakes

Mark and Jenny Thorp have very kindly made their garden at Knapper’s Barton available for an afternoon of cream teas, cakes and refreshments on July 15th between 2.30 and 6.00pm.  Tickets are selling well. There will be a raffle and a sale of any ‘leftover’ cakes.  All monies raised will go towards the refurbishment of the hall. If it is wet the event will be held under canvas and indoors.  We need to know the approximate number of people coming, so please book early.

This event is not limited to ‘locals’ so please feel free to invite family and friends. 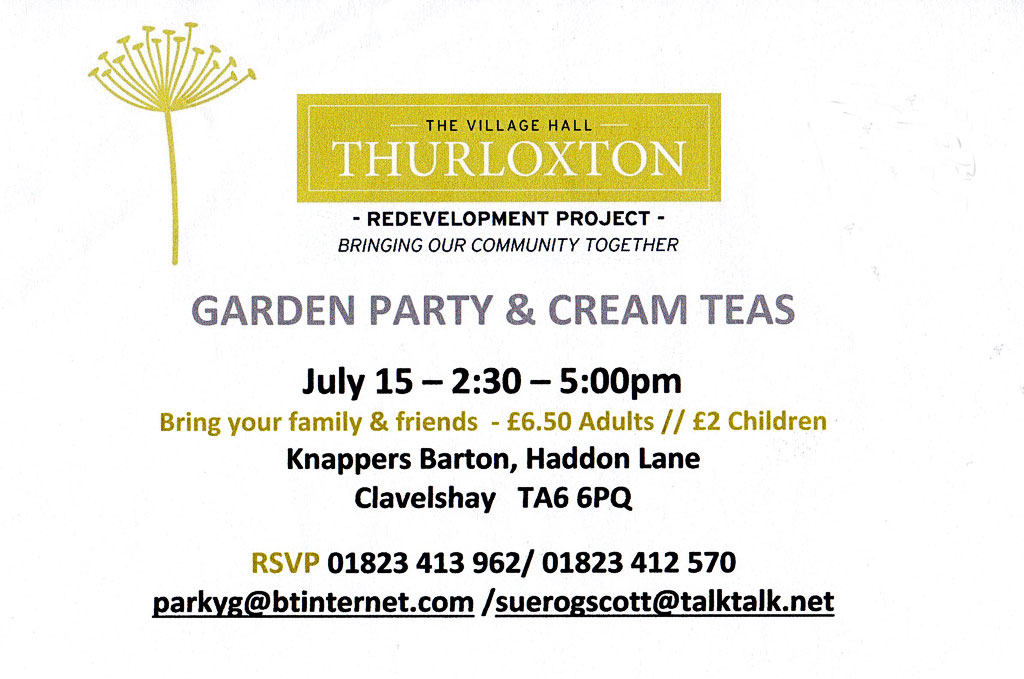 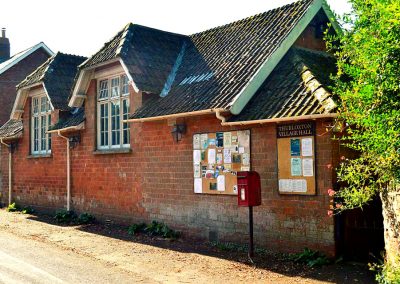 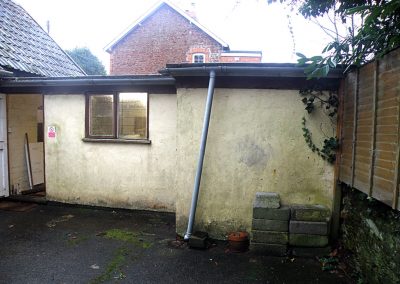 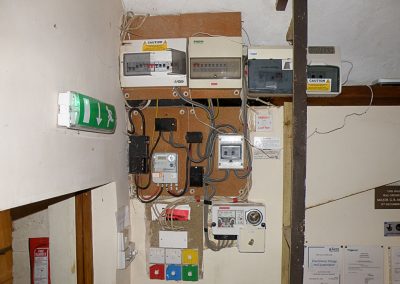 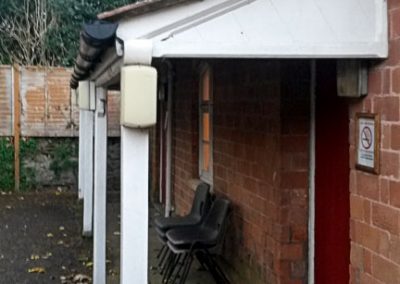 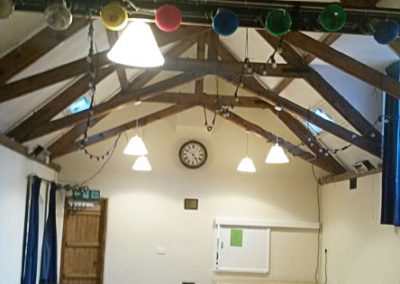 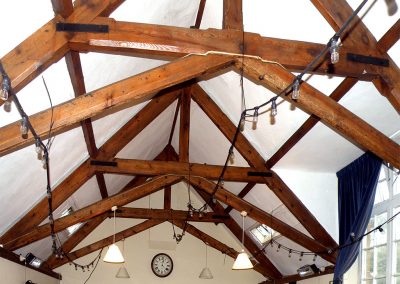 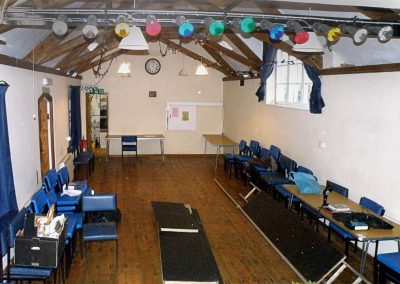