The Village Hall was built in the early 1860s as the village school.  Several current residents were pupils there before the school closed in 1968, and in the same year, the building became the Village Hall. An annexe was added in the early 1980s. The Hall is administered by the Thurloxton Village Hall Management Committee, which is a registered charity.  If the building ever ceased to be used as a Village Hall, it would revert to the Crown Estates.

Thurloxton Village Hall exists to provide a central hub for the residents of the villages of Adsborough, Clavelshay, Coombe, Farringdon, Shearson and Thurloxton to meet and come together as a community.

A registered charity – No. 290720- the hall is managed by a Committee of up to 14 volunteers who are responsible for the upkeep of the hall and for providing a programme of events to encourage local people to meet up now, and for future generations.

Thurloxton Village hall aims to provide high quality, low-cost opportunities for local people to come together and share an activity, meal/ drink in a  safe, well-maintained, warm, comfortable and pleasant community space with the ultimate aim of enhancing villagers’ sense of belonging and thus improving the overall quality of their lives.

Thurloxton village and is 5 miles (8.0 km) northeast of Taunton and 5 miles southwest of Bridgwater on the south-eastern slopes of the Quantock Hills in the Sedgemoor district of the county of Somerset.

The name means ‘Through the animal pen’ from the ‘Old English’  purh and locian, or alternatively “Thurlac’s tun“, the holding of the original owner Thurlac.  Or it may come from the name Reyner Thurlac, the 12th-century lord.

Until the mid 19th-century Thurloxton village lay scattered, principally along the road running south from the church to Adsborough; the northern part of the road was called Mill Lane, and the southern once formed part of the Bridgwater- Taunton turnpike route.  Most of the houses in the village are of the later 19th century including Manor House and Thurloxton House, later called Hill View or Hill Cottage. The former mill house dates from the 16th century and the Cottage probably from the 17th. East of the village are the outlying habitations of Leversdown and Bullenshay Farm.

There was a tippler in the parish in 1619 and three licences were issued in 1674.  The Green Dragon was recorded by name in 1763  but was almost certainly licensed from 1660.  It closed before 1968 but reopened as a licensed restaurant in 1986. Today it’s a private residence.

The manor and church were held by the monks of Taunton Priory until the dissolution of the monasteries and after that by the Portmans of Orchard Portman.

The Church of St Giles dates from the 14th century but is predominantly from the 15th century with Victorian restoration including the addition of the north aisle in 1868. It has been designated by as a Grade II* 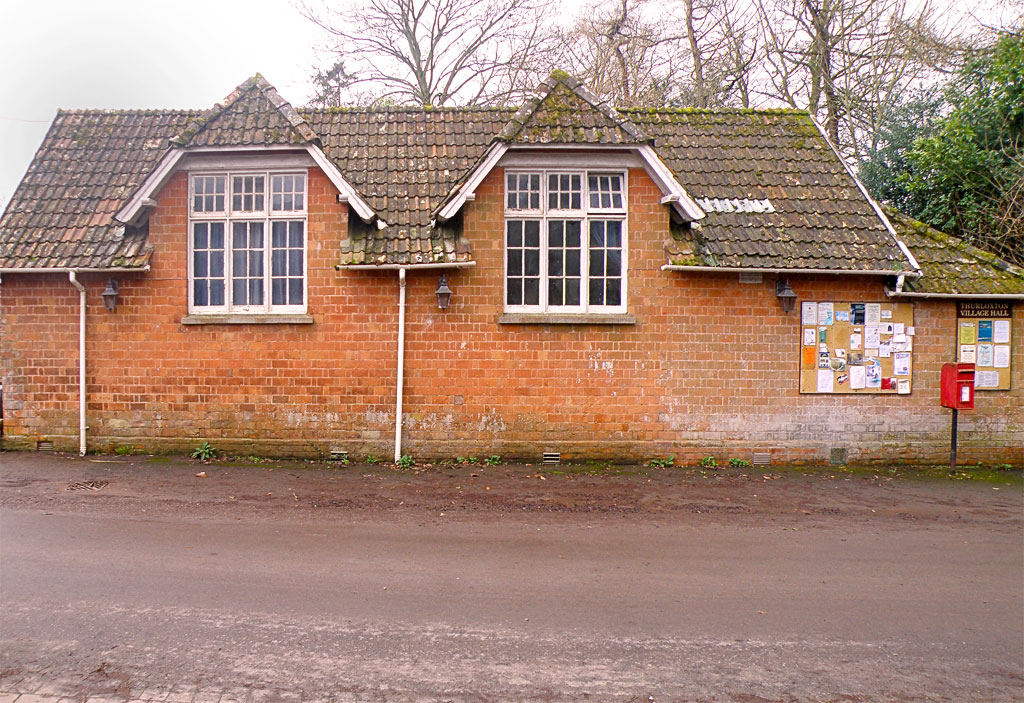