The Harvest Lunch on Sunday 13 October followed only a week after the Re-opening of the Hall and so, just for this year, it was decided to change the format a little.The Hall Committee had been so involved with the preparations for Re-opening that the Church offered to take on the organisation of the Harvest celebration.

Thirty-six people came along to enjoy a Bring and Share meal, and, as usually happens, there was more than enough to go round! Thurloxton is blessed with some wonderful cooks, and there was a huge range of pies and puddings on offer. The Hall kitchen is still not fully operational as we are waiting for the power supply to be updated before the cooker and dishwasher are installed. But the kitchen servery proved a very efficient way of distributing food quickly to everybody present, and the large warming cupboard came into its own.

The Hall was beautifully decorated with Caroline Brown’s flower arrangements from the Re-opening (which had had some harvest colours added for the occasion). The comfortable new chairs were much appreciated. We all enjoyed the novelty of a Village Hall which was warm and dry!

People gave generously to the Raffle, and the proceeds were split between the Hall and the Church. The traditional Harvest Service followed in church after the Lunch. 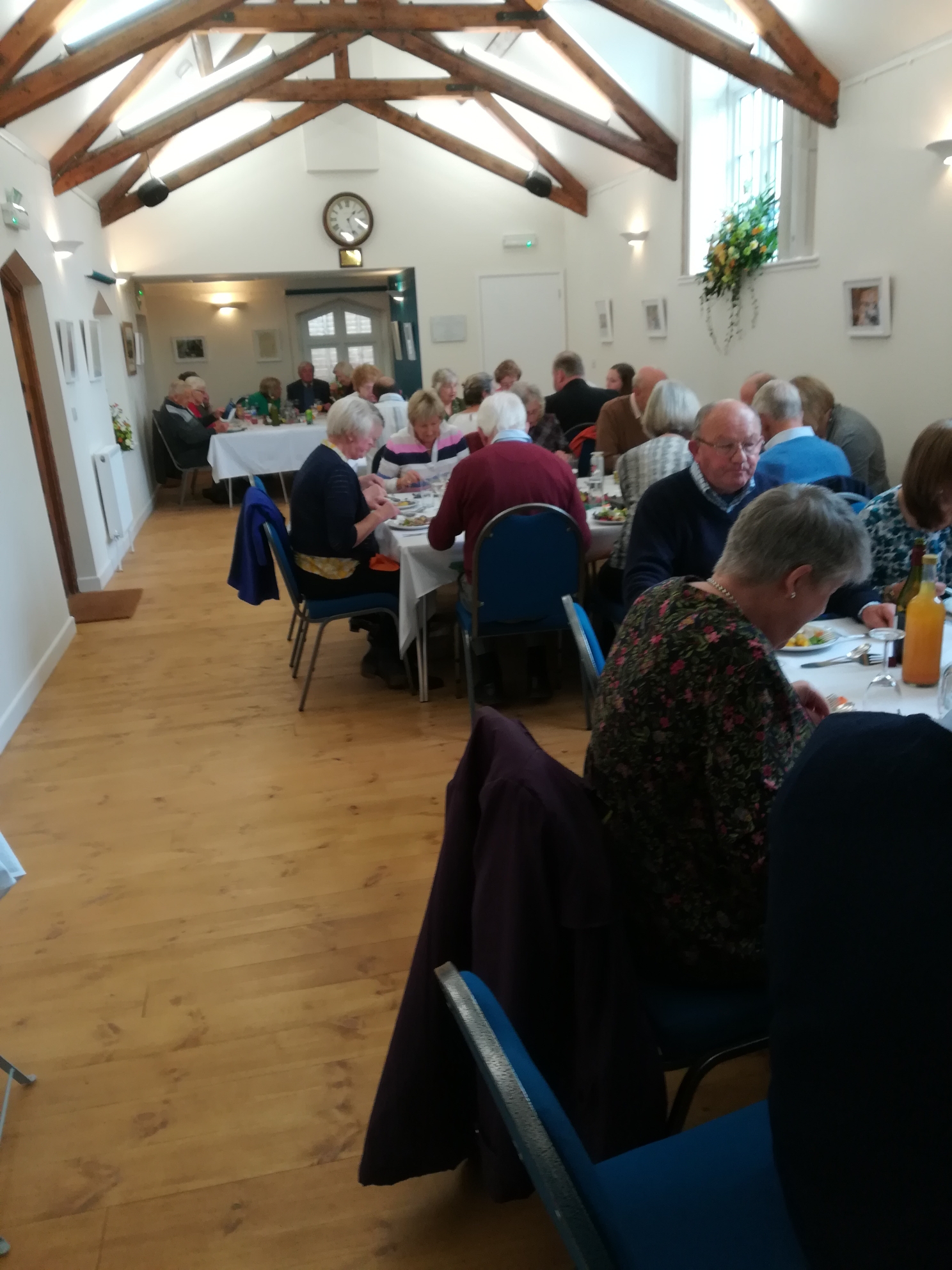